Vulcan flights to end
sad news indeed
It has now been confirmed that 2015 is the last year in which the last operational Vulcan bomber can be seen flying. From Autumn onwards she will be grounded. For a chance to see her in the air one more time, here's their itinary.

It was going to happen sooner or later, new engines would have to be made from scratch for her to fly again. However if people continue to donate to keep her runway ready and functional maybe just maybe in a few years she can be reborn again.
Top

Not going to happen.

Both Marshalls of Cambridge and RR are the official Design Authority for the Vulcan. They have both agreed to stop supporting the airframe and engine after this year, the aircraft has clocked 10% more flying hours than the design life allows for and has only done so with the benefit of a lot of work by both Marshalls and RR. The engines are right at the end of their life and cannot be reworked or rebuilt, there are NO surplus engines (since they ****** up two of their spares!). They are having problems with finding staff who are qualified to work on the aircraft, a lot of the experienced staff retired years ago and are reaching the point of not being able to do the work.

Without an approved design authority the CAA will not allow the Vulcan to fly, full stop.
“Life is not an easy matter. You cannot live through it without falling into frustration and cynicism unless you have before you a great idea which raises you above personal misery, above weakness, above all kinds of perfidy and baseness” Leon Trotsky
Top

agree with Vulcan there
as at the last year at the royal international Airshow at Fairford.
I spent the night with them on the Saturday at the Boozer were stopping at and they told me of many off the problems they had and were Lucky it flew last year
Top

Unfortunately this is likely to be the future for aircraft preservation - as planes become more technical and complex, it will be increasingly harder to keep them going. I imagine that most contemporary designs will be at best able to perform taxiway runs at displays rather than actually flying.
Mondo Esoterica - cult and obscure film and DVD reviews | Flickr Gallery - British motorsports photography and more.
Top

Wot no pics of her?!! Last year at Cosford. Hopefully be there again this year. 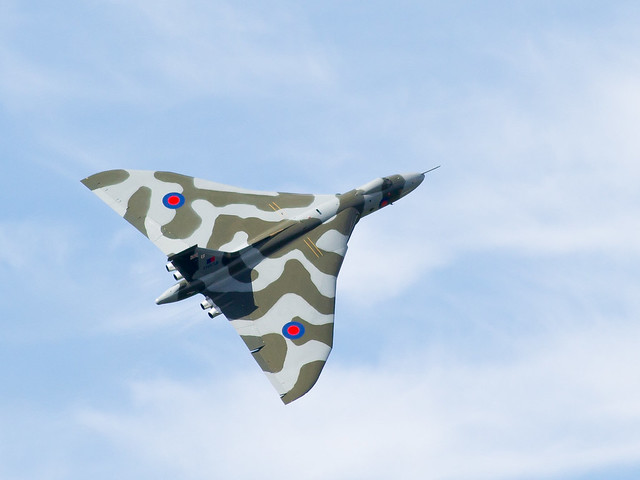 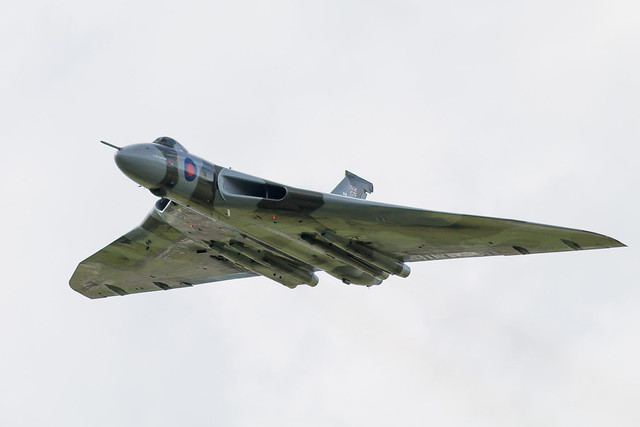 Well since you asked, Bruntingthorpe 2011 and Waddington 2012 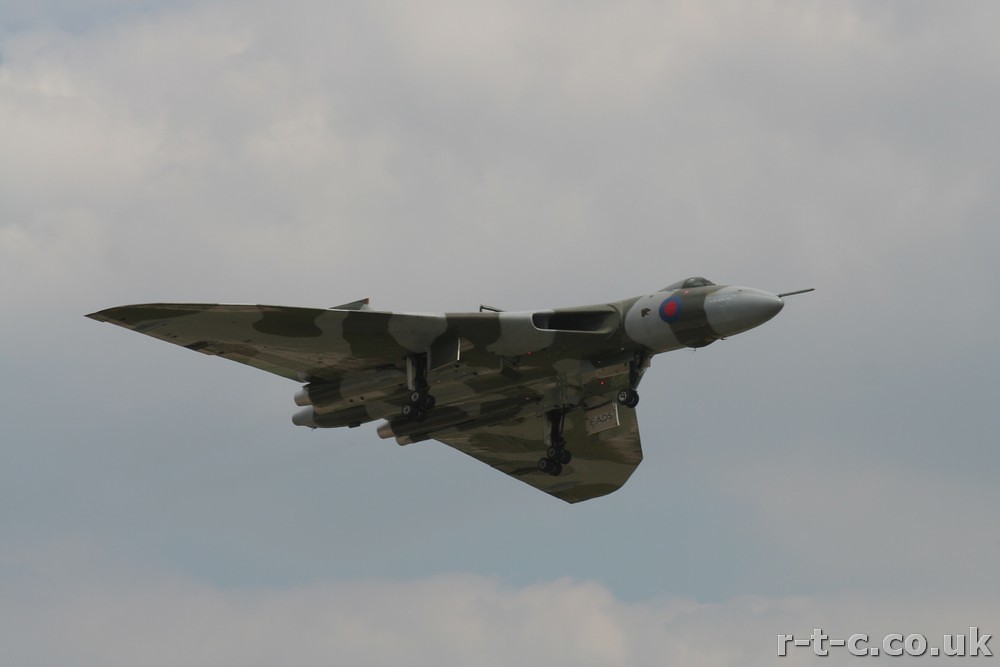 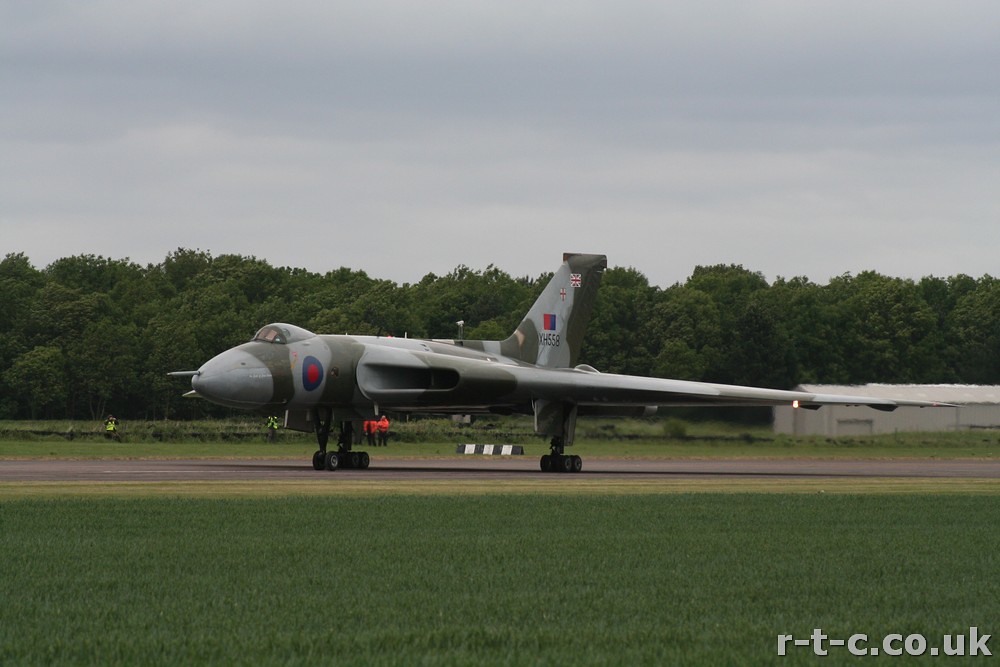 Although I must admit to always preferring the Victor anyway and would love to see one of them in flight:

One did, unfortunately it was accidental. I bet the CAA went mental afterwards though.

https://www.youtube.com/watch?v=TGjPu6DPzWU
“Life is not an easy matter. You cannot live through it without falling into frustration and cynicism unless you have before you a great idea which raises you above personal misery, above weakness, above all kinds of perfidy and baseness” Leon Trotsky
Top

such a shame that's going to be it for the Vulcan, but such a triumph to have got get up again in the first place. other than the reds, it's the only plane I've taken interest in really.

oh wait now, when is 'concord to the sky' kicking off

I'd love to see one of these fly.

Salute to the V-Force
– a major tour planned for late June.


A few months ago, the Secretary of the British Aviation Preservation Council (BAPC), Brian Dixon, approached Trust Chief Executive, Dr Robert Pleming with an idea. He proposed that XH558 should visit all the surviving Vulcans in the UK and if possible perform a short display during our final year of flying as a special "goodbye". He also suggested that each of these Museums could also get involved by holding special events or talks in the week leading up to this final tribute. At the time, like us, he didn’t know that our final year of flight would be 2015.

We liked the idea and gave it a lot of thought; “Salute to the V-Force” was born.

Over the weekend of 27 and 28 June, XH558 will indeed overfly every complete Vulcan, Victor and Valiant in the UK. These two special flights will pay tribute to the unique and revolutionary group of aircraft that formed Britain’s nuclear deterrent for many years.

It will allow us to display XH558 to a wider audience than usual – we will have never completed so many displays in a single weekend before – and working in partnership with the BAPC, the story of the V-Force can be told at each location by the Museums involved.

There will be seventeen sites overflown during the tour, with a small display at many of them. If not a display, there will certainly be flypasts and steep-climb-outs as possible at each. We hope to include the RAF Museum at Hendon, but this will clearly require special permission from the CAA due to the built-up area of the location, which we are hopeful of obtaining.

Given the distances involved, the tour will be split into two separate sorties, one covering a northerly route, then another with a southerly route, if possible both completed over the one weekend, reserved as Saturday June 27th and Sunday June 28th. We are pressing ahead with this earlier in the season, so we can hopefully do another major tour based on national landmarks later in the season.

Here is a list of the remaining complete (UK based) V-Force airframes with their locations in North to South geographical order.
Top

Where is it going to be staying once it's finished it's final tour?
Top

Looking forward to our RIAT visit this year - this will be one of the highlights.
Top

Due to work (and family) I'm not able to go to Biggin Hill but maybe try Herne Bay.
'Haven't you ever practiced on one of your girlfriends?'
Top

Awesome plane.. It's sad it can't continue to fly, but it's fantastic it's stayed up for so long.

I'm going to RIAT for the first time in about five years, mostly to see this off to be honest. It's one hell of a beast, lets hope they show her off a bit now they know they're coming to end of her flying hours.
Top

From Cosford on Sunday. 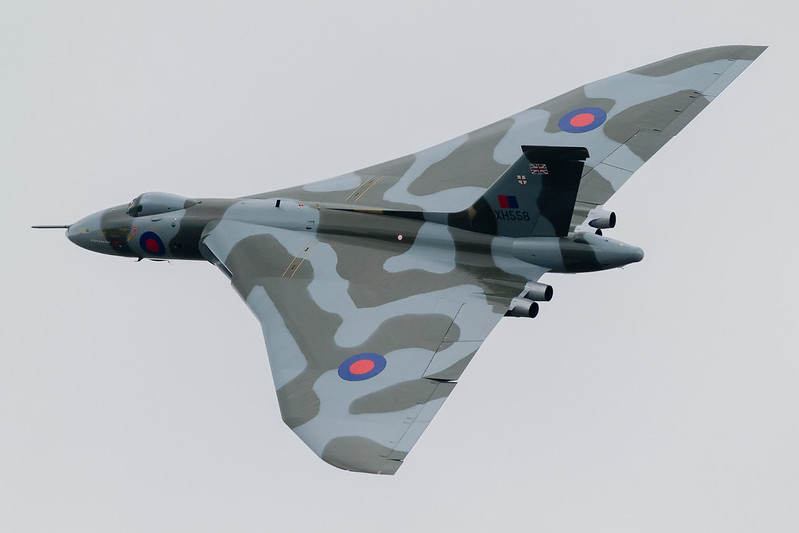