Discuss TV series here - this is a forum for discussion, spoilers etc of current and past TV shows.

I couldn't find a thread for this show (did it get lost in the forum move?), and there isn't really a current general TV thread that's relevant, so thought I would start a new topic.

This show had been on my radar for years, but I've only just got round to watching it. In a word ... A-MAZING ! And so pleased that despite being nearly 20 years old it still stacks up with the very best shows today (a couple of CGI scenes did betray the age/budget, but didn't spoil things).

Set in the 1980s, it's about the AIDS crisis, but without being sexually graphic (as the also excellent Russell T. Davies shows). The production values are high, the original characters are deeply flawed with layers of depth, the (sometimes theatrical) dialogue is compelling, and some of the spaced-out scenes (poster below) are very creative and LOL-inducing.

Highly recommended for all film, TV and theatre fans as it's a magical production, perfectly cast, excellently acted by all (shout-out to Jeffrey Wright from Westworld ... incredible!) A rare 9/10 from me. 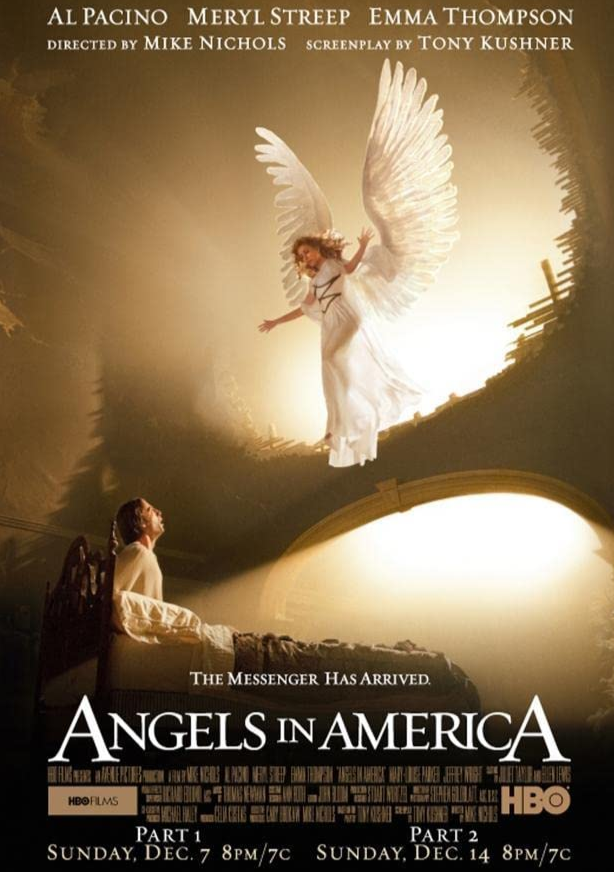 I saw this back in the day and enjoyed it, I think this might be the first production where I really started to take notice of Jeffrey Wright!
Top